Home | About Us | Our History 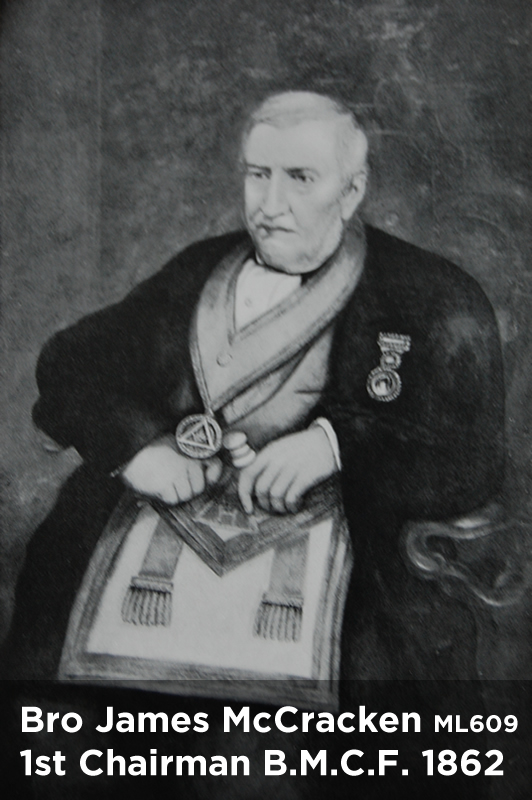 The Fund was officially founded on 17th March 1862 in the Masonic Rooms Belfast following a proposal supported by a number of concerned Brethren in the Belfast area in November 1861 to form a General Masonic Charity. The idea had originated from the Brethren of True Blue Masonic Lodge 272 and was welcomed by other Lodges who up until then provided relief on an individual Lodge basis.

The objective of the Fund was ‘to assist distressed Masonic Brethren who were forced by severe economic conditions to travel throughout the country in search of employment. Where these searches proved fruitless, the Committee would provide some assistance to the Brethren and their families to relieve destitution’.

The proposal was subsequently ratified at a meeting on 3rd January 1862 with the representatives of 13 Lodges being present and agreeing upon the formation of ‘The Belfast Masonic Charity Fund’. The first General Meeting of the Fund was held in The Masonic Rooms 9 Donegal Place, Belfast. (Old Anderson McAuley buildings) on 17th March 1862. At the inaugural meeting Chaired by Bro Charles Longford of Lodge 51 it was ‘resolved that the maximum sum to be granted by the Committee for temporary relief be fixed at £1 for any one applicant’ - that £1 in 1862 would be worth £122 today.

Proposed meetings of February, March and April 1863 were abandoned due to lack of attendance. To remedy this shortcoming a meeting of W. Masters of all subscribing Lodges was convened on May 5th, 1863 passing a motion ‘The Master of each subscribing Lodge be required to appoint two members, to represent his Lodge on the monthly meetings of the General Committee.’

The report for the year ending December 1864 states that The Belfast Masonic Charity Fund was successfully fulfilling its objectives in providing for the relief and assisting of indigent and necessitous brethren and that during its operation had conferred great benefits to those who the fund was designed to support. The objects were in view of the contributors to the Fund is not only to relieve the distressed by the giving of monetary assistance, but also to provide them with suitable employment, so they may earn their livelihood in independence.

At the General Meeting held on 24th February 1865, an application was made by Bro Duff (Lodge 97) for assistance to be afforded to the widow of deceased Brother James McCourley of Bangor. The sum of £1 was granted and this began the threshold of establishing the Belfast Masonic Widows Fund. By 1871 many of the applications were on behalf of Lodge widows and at a General Meeting of the BMCF in Freemasons' Hall Arthur Square on 24th Jan 1873 a proposal was ratified to form the Belfast Masonic Widows Fund which was subsequently formed in February 1873.

In May 1876, a joint initiative was unveiled between the BMCF & BMWF with the purchase of three graves in Belfast City Cemetery to provide a dignified resting place for Brethren and avoid their interment in a pauper’s grave.  In 1877 a very impressive granite obelisk was erected complete with the carvings of the appropriate Masonic symbols. In the late 1800s & early 1900s a number of Brethren & Masonic families bequeathed burial plots, or part thereof for the internment of others who did not have such a provision.

Pressures on the Funds were to somewhat ease with the introduction of Asquith’s Old Age Pension Act of 1908. However, with the advent of World War I in 1914, thousands of our Brethren and members of their families enlisted in the British Army and were posted abroad.  Many Brethren and family members on their return from the War suffered from mental and physical disorders which necessitated an increase of demand for assistance by the Fund. The Minutes of both Funds during the War years reflect numerous requests for assistance from the families of Brethren who were dispersed to foreign fields and unable to adequately provide family guidance and stability to social and domestic problems. It should be noted that at this time there was limited provision of Government Welfare Benefits.  Poor sanitary conditions along with impurities of water supplies, frequently give cause to a multitude of various diseases, predominantly amongst the children and the frail. With no NHS funding, medication was available but only at a cost.

With war related deaths of fathers, and surviving parents giving priority to their children, a need was quickly identified to provide assistance to orphans of Masonic families.  As a result, the Masonic Orphans Welfare Committee was formed as a joint venture with the Belfast Masonic Widows' Fund in 1917.

Additional pressures were exerted on the Fund during the prolonged and severe economic depression of the 1920’s & 30’s with mass unemployment resulting in substantial increases of applications to the Fund.

In World War 2 many of our Brethren enlisted and were posted overseas. Consequently, our beneficiaries increased for similar reasons as before with the added local responsibility of providing assistance to the aftermath of the Belfast Blitz in April – May 1941.

As a reaction of the air-raids the PGL set up a PGL Air-Raid Relief Committee to which the BMCF’s provided substantial financial assistance. Great celebrations were recorded of V.E. Day and the Order looked forward to the return of the Brethren to their Lodges. The difference of the number of applicants between the 1930’s and 1940’s is very pronounced. This is particularly clear after July 1945 with the introduction of the Welfare State under Clement Atlee’s labour government. The series of social reforms soon made their way to N.I. and had a profound effect on our citizens and in particular, those who would be most likely to apply for relief from the Funds.

World War Two, in a similar way to World War One, led to an increase in Orphans requiring assistance, and at the General Meeting of the BMCF October 1946 a letter was read seeking the support for the Masonic Orphans Welfare Committee. The Orphan’s Committee was at that time based at Freemasons Hall 9 College Square North, Belfast and had been established by the BMCF & BMWF in 1917 to assist the children of deceased Brethren in the Masonic Provinces of Antrim & Down.

The Orphans Committee was requesting ‘the names and addresses of brethren who may be able to secure employment for the children on leaving their education.

In 1962 the Centenary of the BMCF, a Divine Thanksgiving Service was held in St Ann’s Cathedral with a concert afterwards. That year's Annual Report of the BMCF recorded ‘the ideals which activated the start of the Fund have been observed to the present time and the result constitutes a rich heritage for the Brethren of the future’

1972 & 1973 highlighted the effects of the Troubles on the work of the Committee, in that for the first time in its history the Annual Concert was cancelled for both years and the Masonic Offices in College Square North extensively damaged by a bomb on 6th January 1972. In 1973 ‘adversity was more than usually active, as shown by an increased number of our Brethren and their dependants who found themselves in the situation of being financially distressed due to compulsory change of residence owing to the troubled times of civil unrest and associated diverse forms of misfortune.’

During the past 158 years, the Belfast Masonic Charity Fund has assisted thousands of worthy cases (during times of peace, global conflicts, financial recessions, civil unrests) and continues to the present day to service the benevolent expectations of the Lodges, Chapters etc., in providing the necessary assistance to necessitous Brethren and their families in times of need.

The history of the Belfast Masonic Charities establishes both Funds as being credible Institutions in their own right and with the continued support of Lodges we look forward to providing an improved service to our existing and future annuitants.

In the provision of Charitable services ‘there are no good times, just less bad times’ and we very much appreciate the support and attentions of all our Masonic Brethren in providing for the relief of those in need and sustaining the services of our charitable institutions for the benefit of our successors and their families.

We ask you to take pride in the wearing of our Patrons Jewel in remembrance and recognition of the dedicated service and achievements of our forefathers in their attentions to providing charitable assistance to those in their time of peril and need. 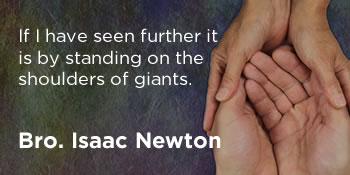