For many years the Belfast Masonic Charity Fund and the Belfast Masonic Widows' Fund have taken part in an Act of Remembrance, and in recent years they have done this in conjunction with the Masonic Orphans' Welfare Committee and the Trustees of Freemasons' Hall, Arthur Square.

With the current pandemic, it was unfortunately necessary to restrict numbers and maintain social distancing. On Saturday the 7th November representatives from the Belfast Masonic Charity Fund, the Belfast Masonic Widows' Fund, the Masonic Orphans' Welfare Committee and the Trustees of Freemasons' Hall met for a sombre and dignified Act of Remembrance at the Memorial Stone in Freemasons' Hall, Arthur Square, Belfast.

This was followed on Remembrance Sunday by the laying of wreaths by the Chairmen of the BMCF, the MOWC and a Trustee of the BMWF at the Cenotaph in the grounds of Belfast City Hall. Despite the absence of the usual large attendance,  this was an opportunity to reflect on the debt we all owe to those who served in both World Wars and all other conflicts since. 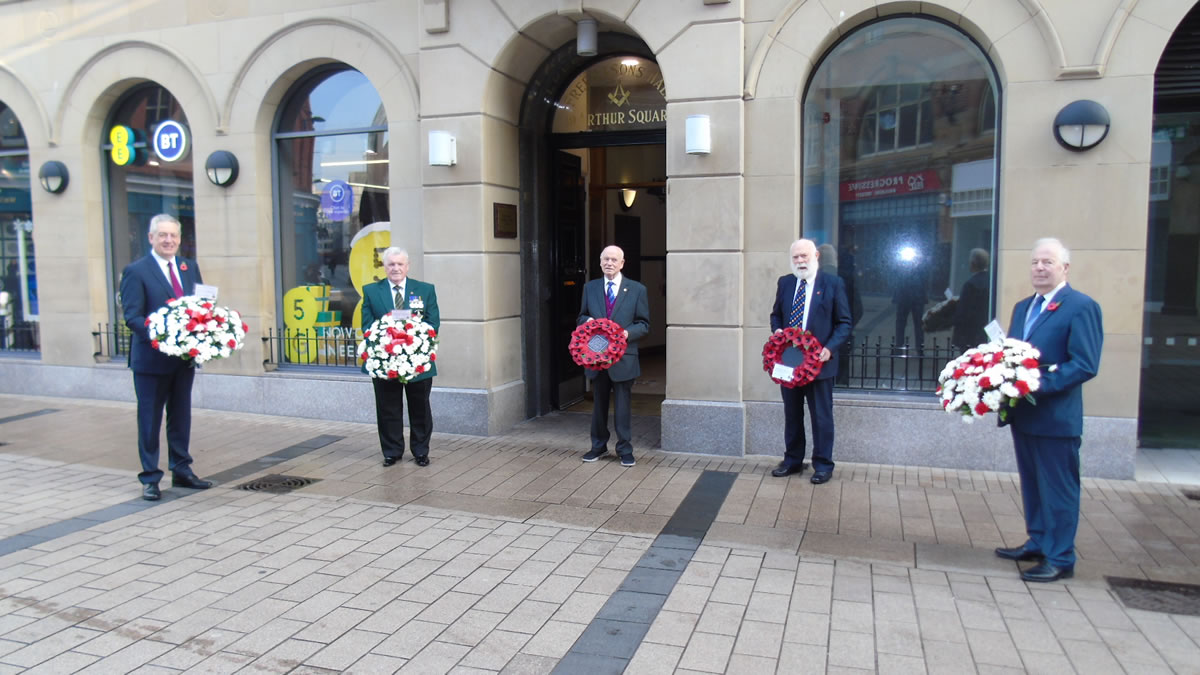 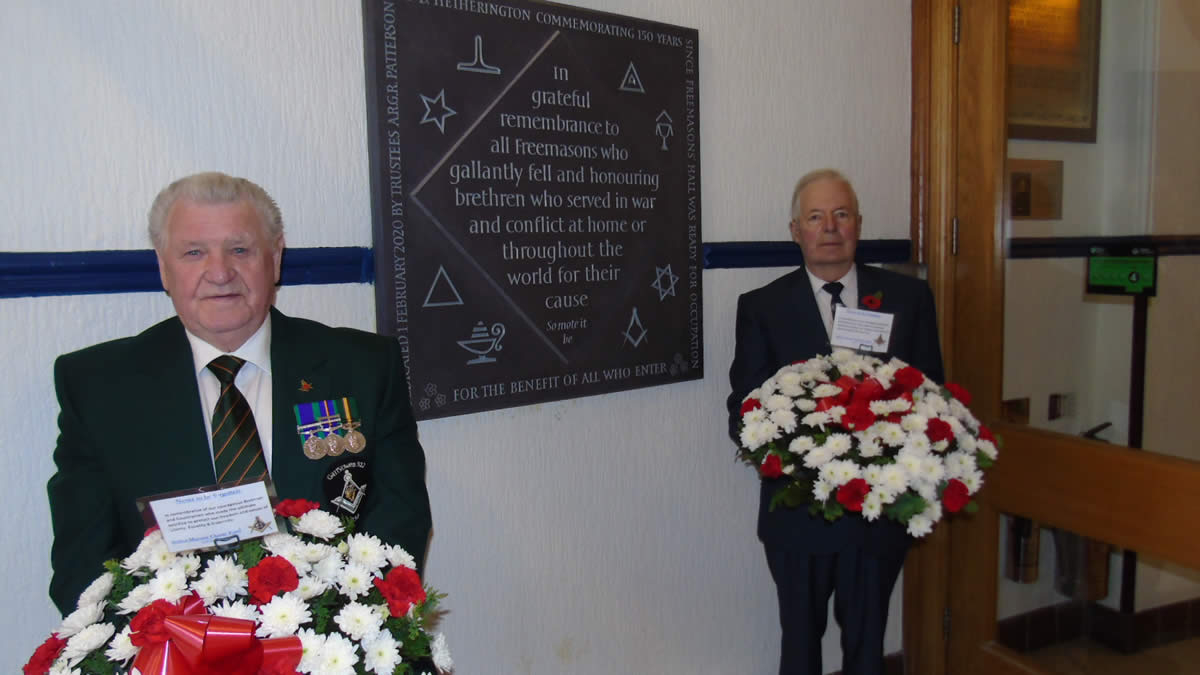 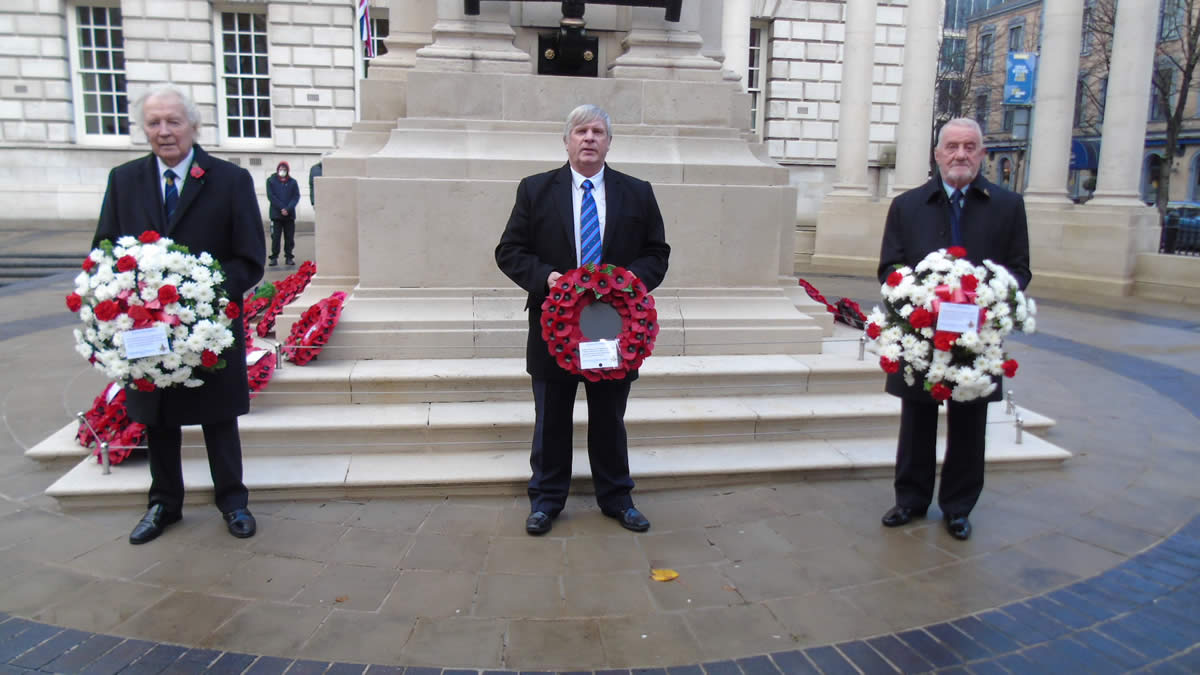 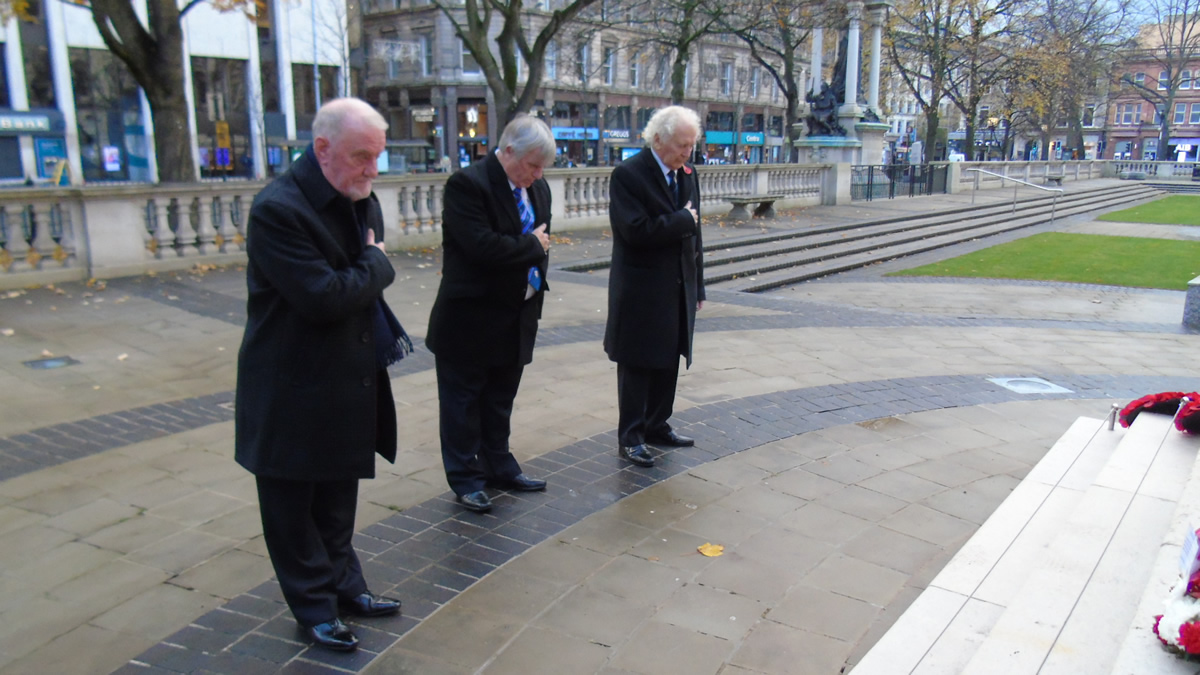 The Fund was founded in 1862 to provide relief to poor and distressed Freemasons and/or their families, and is one of the oldest Masonic Charities in Ireland.